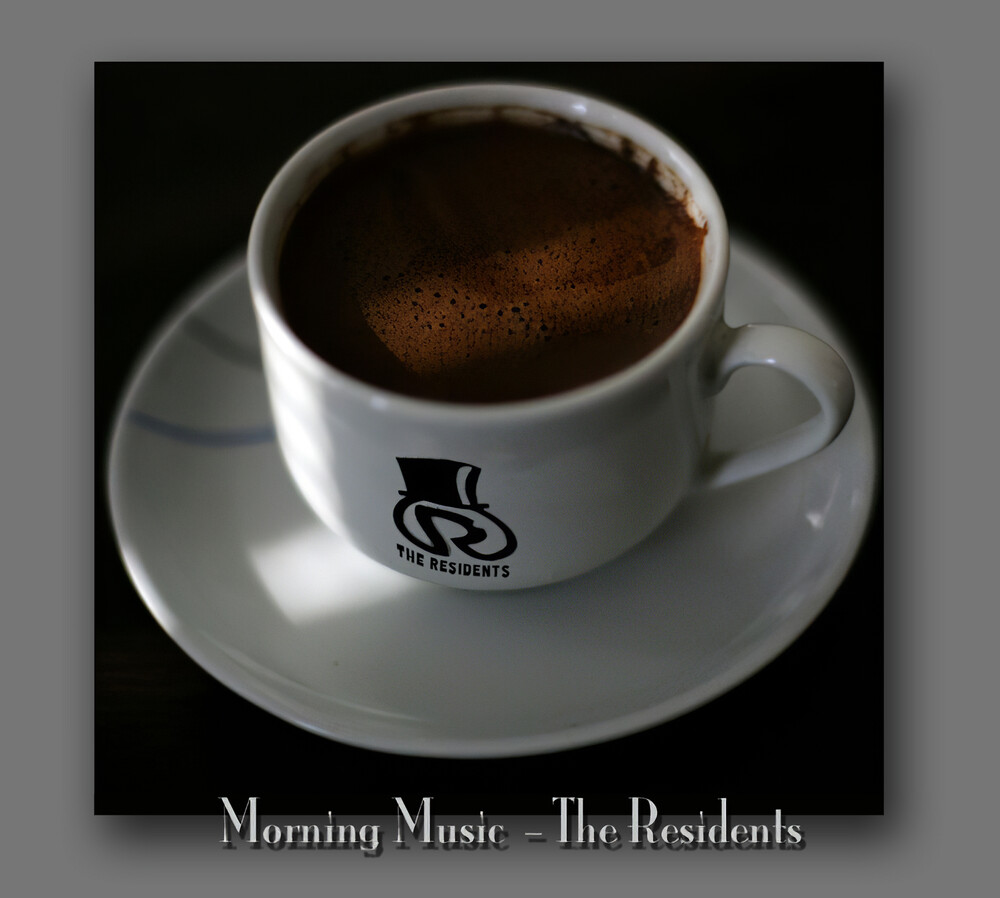 The Residents are an American art collective best known for their over 60 studio albums that were recorded over a period of over forty years. They also created some outstanding multimedia works, mainly three CD-ROM projects and ten DVDs. Working as an anonymous collective, their identitites were kept secret until in 2017 Hardy Fox revealed himself as their primary composer. Hardy died in October 2018, but the group continue to record and perform. Recently, several new albums have been released, among them the brilliant Intruders and Ghost of Hope. Early in 2020, the group was invited to perform their seminal album God in 3 Persons at the MOMA in New York. Morning Music is a compilation album by The Residents, originally released June 25th 2010 on the Robot Selling Device. The compilation contains a hand-picked selection of Residents tracks, designed to be listened to in the morning. "It is normally true that The Residents can be a bit too jarring for the morning. This compilation tries to fly in the face of that idea and presents a selection of up-beat tunes that will get one through a cup of coffee at home on Sunday morning and ready to head out into the world for that second cup. ", said the Residents at the time of it's release. Remastered for enhanced listening pleasure.