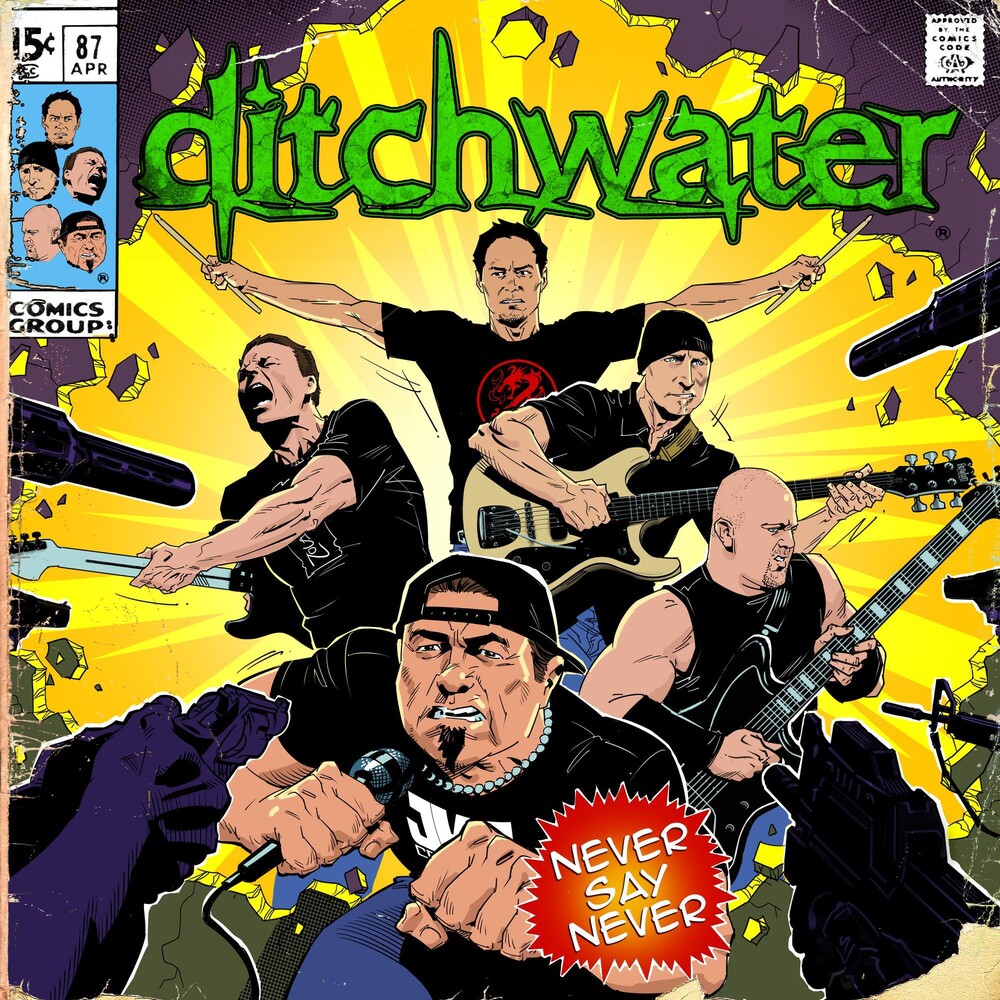 2020 release from the Chicago-based band. Always a band for the people, they have continued to build their brand of heavy rock and over the course of their career. In April of 2018, guitarist Mark Anderson and vocalist Mike Meadows began writing a new album. Leaving behind all past influences and concentrating on creating something unique yet true to the Ditchwater sound. 10 new blistering tracks (including a faithful yet modern take on the MotĂ¶rhead classic "Iron Fist") mixing heavy grooves blending emotional melodies with dramatic harmonic passages. The result: a guitar and vocal driven slab of pure energy and ambition. Never Say Never is the seventh album in the Ditchwater catalog proving that the band is sounding bigger and better than ever before. The seventh chapter of Ditchwater is sure to be the chapter for the rock and roll history books. The time has come... Never say die... Never say never!