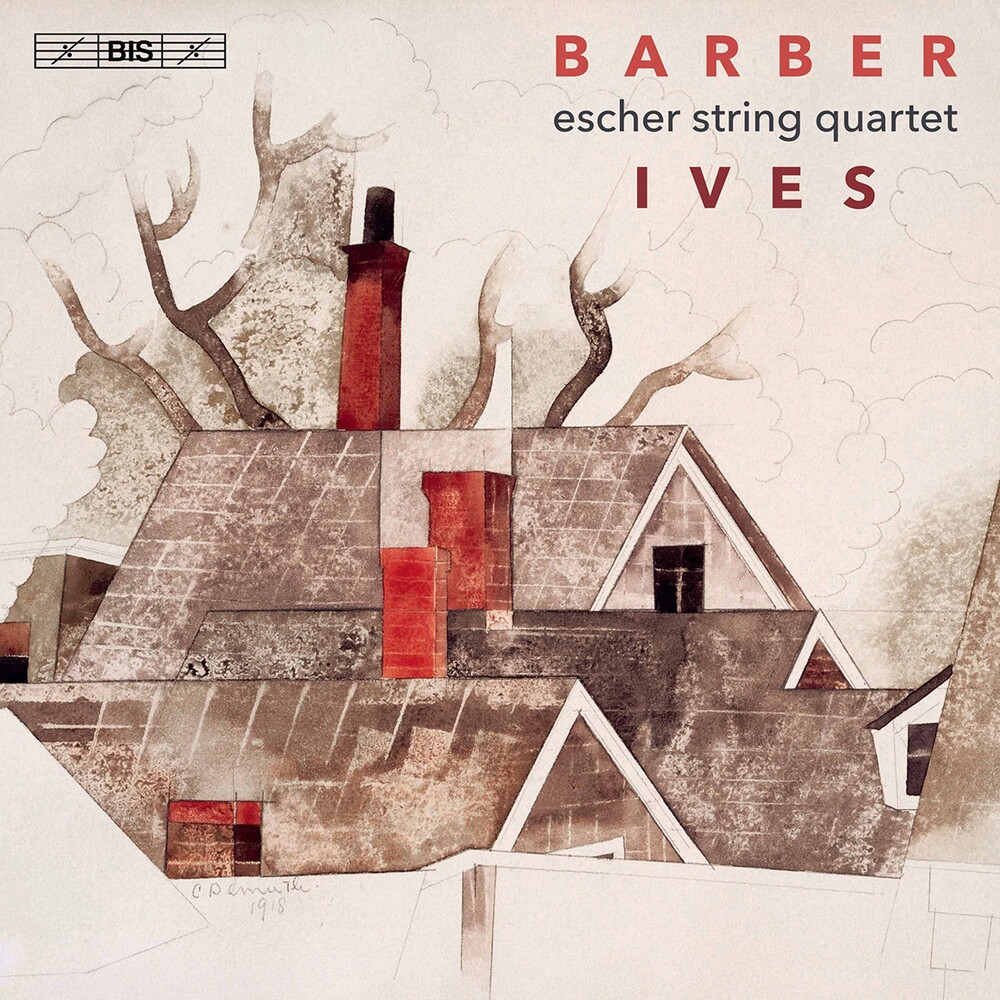 Previous releases from the New York-based Escher Quartet include an acclaimed set of Mendelsohn's six string quartets as well as an album with works by DvorĂˇk, Tchaikovsky and Borodin. For their latest offering the members have looked closer to home, however, choosing to combine the quartets by Samuel Barber and Charles Ives. The disc opens with Barber's String Quartet in B minor, containing the music for which the composer remains best-known: the second movement which he two years later expanded into Adagio for Strings. Recognizing it's potential already while composing it, Barber described the piece as 'a knock-out' - which made it all the more difficult to come up with a third movement worthy to follow it. In the end he decided to make the quartet a two-movement work, but the Eschers have here included the lively third movement that the composer discarded, offering the opportunity to hear the work as it was once planned. Barber is followed by the two full-scale quartets by Charles Ives, as well as a brief Scherzo. Like many other compositions by Ives, his First Quartet makes extensive use of revival and gospel hymns, quoting them in all four movements in a highly accessible tonal idiom. Far more challenging, the Second Quartet is a portrayal of 'four men / who converse, discuss, argue... fight, shake hands, shut up / then walk up the mountainside to view the firmament' - a programme which invites a liberal use of dissonance, but also - towards the end - a particularly fulfilling resolution.
back to top