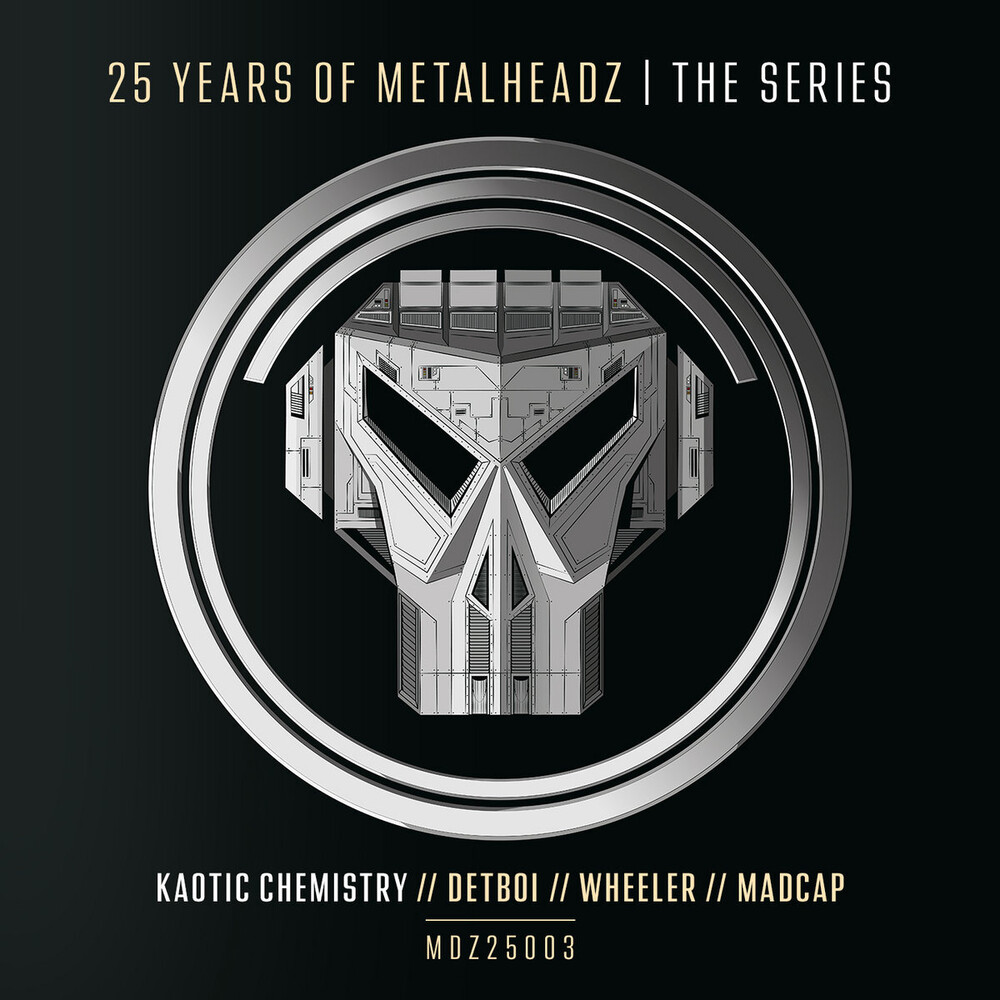 The third part of the 25 Years of Metalheadz series sees us revisit the industrious sounds of 'Drum Trip' by Kaotic Chemistry aka 2 Bad Mice. Originally released on Moving Shadow an astonishing 29 years ago 'Drum Trip' has remained a DJ's favourite to this day, a testament to the foundation work laid down by the pioneering trio. The revival was prompted by a heavy-hitting remix by Metalheadz's own Detboi and was followed with an elegant, rolled-out interpretation from Madcap. The frustration caused by the loss of the original 'Drum Trip' recording was quickly forgotten as Wheeler went in and ultimately produced an outstanding full-scale rebuild. A second 'Low Ends & Amens' version by Detboi retains the original tempo and features as a digital bonus alongside a previously unreleased Kaotic Chemistry track in 'Jupiter' which was brought back to life with the astute skills of Steve Kielty (SCAR). It's an unquestionable truth that we're delighted to present this classic era of electronic music restored and rejuvenated as part of the 25 Years of Metalheadz project.